Peter Pan became a fantasy icon through his determination to never grow up. He was determined to remain a child forever, free of adult responsibilities and worries. He would have fit well into the modern technological world.

“A hundred years ago”, as my husband is fond of saying, going off to college was the Great Divide—the break between childhood and the world of adults. A young person would now plan and execute his own schedule, find his own friends and “place in the sun”, and manage his own money. As an adult, she would pick out her own clothes, cook her own food, and decorate her own dorm room. (I bought a blanket, put my boyfriend’s picture on the shelf and taped a picture of my family on my dorm room mirror. Done.) We were independent. We called home from a pay phone or our dorm room phones, with their 6 foot cords, once a month. At a cost of $2/minute, when money was more expensive and less available, we did our business and were off in 5 minutes. College was a make-it-or-break-it experience—you sank or swam, but you did it on your own.

What a difference a few decades makes. Is anybody independent anymore?

In a ten minute sojourn across the BYU campus recently, I heard no less that four fresh young students, male and female, carrying on conversations with their moms. “But mom, it was only a dollar more than I planned.”  “Hey, mom, did you get that picture I sent to your phone? Does that shirt go with my brown skirt?” I didn’t say that, mom, all I said to him was…”  “No, I didn’t do my homework last night because I went to a dance, but I will.”

What happened to growing up? Making your own decisions? Embracing independence?

During my college years I had a roommate that hadn’t cut the apron strings. Charlotte was an only child, the product of an obviously over-dominant mother and an obviously under-dominant father. She talked to her mom at least an hour every night, long distance to Arizona, about everything: every person she talked to, what she wore that day, and how she did her hair—they didn’t discuss grades much. The general consensus from the other five of us in the apartment was that she was weird, couldn’t do for herself, and wouldn’t have a life, as things were going. (Let it also be said--there was a great deal of resentment because she tied up the apartment’s only phone so those hordes of boys trying to date us couldn’t get through.)

By today’s standards, Charlotte is normal. Texting, cell phone cameras, facebook and twitter keep mom and her chicks connected at the ears, eyes, and fingertips. Suzie needn’t make any decisions for herself. She can text mom—and she does. Why think, experiment, risk a little, or develop your own tastes when a text is faster?

How do the mothers feel about this? Did they have things they wanted to do after the kids were gone? In today’s techie world, will they ever be gone? 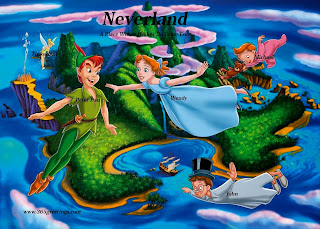 Sound society and wise government depend on youth with insight and skills to replace those of us who are on the way out. The purpose of parenthood is to prepare youth for their leadership years in government, business, and the family. How can we trust our Constitution, our government, and our culture to those who haven’t yet figured out which shirt goes with which skirt?

Time passes, the old get wrinkled and the young blossom. Let us hope that the Charlotte Syndrome is a passing fancy, that young people learn to take risks and “go for it”, and that the Great Divide becomes a reality soon.
Posted by Unknown at 6:03 PM