Part I: Population Decline and the Economy: It's Up to Us Part I: Population Decline and the Economy

In last week’s post I wrote that the world is in danger of running out of people. The population explosion we’ve been badgered with for decades is a convincing piece of progressive hype. What we really have is a disconcerting population decline among all Americans and throughout the western world. These issues impact the integrity and well-being of the family and our culture at large.

Population decline is at the root of our economic woes.  While many reasons are offered for our stagnant economy, few address one critical factor: we aren’t producing people as fast as we used to. People consume goods and use services, even very tiny people; thus fewer people means fewer products and services are needed. The result: the economy declines.

Quoted below is an adapted excerpt from a piece I submitted to the Daily Herald for my weekly column, Get It Right, which appears every Tuesday and is posted as a blog piece weekly on this site. The Herald declined to print the column, but I’ve included part of it here.

“In addition to the problem of a vanishing populace, falling birthrates always create a falling economy. Writing about Europe, Joel Kotkin states in Forbes magazine, May 30, 2012: “Europe’s economic disaster is …largely caused by…a demographic decline”. USA Today, Feb. 13, 2013, says, “There are no cases of peace and prosperity in the face of declining populations.” The Wall Street Journal, in its article titled America’s Baby Bust, Feb. 12, 2012, agrees: human well-being—innovation, investments, conservation—all drop when the population drops. So does a nation’s political power. The article concludes: “..the only thing that will preserve America’s place in the world is if… Americans …decide to have more babies…we simply must figure out a way to have more babies…” The proposed column continues, “Our economy and our biological survival depend on the birth of children… Anything less risks a demographic desert—a population wilderness of declining numbers and declining prosperity.” 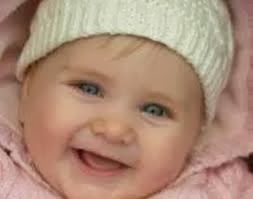 An inevitable effect of population decline, as mentioned in the above excerpt, is the loss of creativity and inventiveness, both of which energize a bustling economy. When a nation thrives, it creates new products and creative ways to solve the nation’s inevitable concerns and conflicts. With declining populations, the diminishing demand for products and services in general discourages anything new.

Some incorrectly reason that there are too many people in the world. They offer as proof the starving populations in third world countries, but fail to see their political corruption. The pockets of greedy leaders are lined with money intended for public works that would improve the peoples’ lives. One evidence of this is the foreign aid Americans send to underprivileged countries. The aid never seems to reach the common people to change their condition. Their lands grow barren from poor farming practices, undernourished soil, and little rain—circumstances that could be remedied with education, irrigation, innovation, and public works funded by sound internal politics. American generosity would be only a backup, if necessary.

It bears repeating that there are no known instances in earth’s history of a bustling, vital economy coupled with a declining birthrate. Both grow together; both stagnate together. We have as examples Italy, Greece and Spain, the European triumvirate of failed socialist policies. All three have declining populations; all three have dying economies and resultant political chaos. Prior to its fall, the Roman Empire, which had succumbed to our current breed of political corruption and cultural deception, was desperate to build its faltering birthrate. Citizenship was offered to any who would come and increase the population: slaves, foreigners, even former enemies. Attempts to boost the birthrate failed, and so did Rome.

The population issue will be huge in coming years. Our current discussion will prove wise. In the meantime, welcome every new life into our nation to enrich it and help us remain economically and culturally stable.

Next week: Part III: What is causing the population decline?
Posted by Unknown at 8:24 PM No comments:

America had much to be grateful for on October 3, 1863. Her chief executive, Abraham Lincoln, set his hand to formalize that gratitude in a National Day of Thanksgiving. States had celebrated individually, but the nation as a whole had never offered a unified voice of appreciation.
Among early American colonists, unified prayer, fasting and thanksgiving had often been used. The Pilgrims, who had arrived in the New World in 1620, had successfully pled for relief from a 12-week drought that threatened them with winter starvation. In 1631, the Puritans unitedly fasted to speed the arrival of supplies, and the supply ship, the Lyon, arrived the day the last cornmeal was distributed. They fasted, again, fifteen years later, when, within hours, a sudden, mysterious caterpillar infestation began to devour their summer crop. They received an equally immediate, miraculous end to the pestilence, for which they gratefully offered thanks.

The gratitude of prayer saved colonial British America from French invasion. The citizens of Boston gathered in Old South Church on October 16, 1746, with the Reverend Thomas Prince. The arrival of French Duke d'Anville, with 70 ships, 10,000 troops, and orders to destroy the American seacoast from Boston to Georgia was imminent. Reverend Prince called on God, "Deliver us from our enemy! Send Thy tempest, Lord ... Scatter the ships ... Sink their proud frigates beneath the power of Thy winds!" Sunshine immediately gave way to roiling clouds. A sudden, shrieking wind set the church bell ringing "a wild and uneven sound" in the unattended steeple. The fleet was miraculously stopped, two frigates sank and the remainder were scattered, the men aboard developed a mysterious pestilential fever and the Duke died at his own hand for the disgrace of it all.
President Lincoln had set a previous pattern for national gratitude when he closed the doors of the federal government for a day of fasting on September 28, 1861. National requirement, as stated in the Constitution's First Amendment, was to keep government out of religion. Today, we misunderstand; we keep religion out of government, instead. This prevents us, as a union, from calling down the powers of heaven to help us in times of need.
In 1863, as the United States was locked into mortal North/South conflict, Lincoln focused his Thanksgiving Proclamation on the blessings they had received, despite the war. 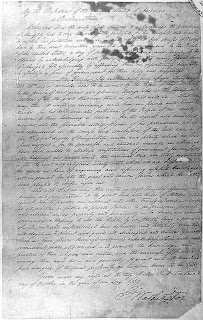 "In the midst of a civil war of unequaled magnitude ... peace has been preserved with all nations, order has been maintained, the laws have been respected and obeyed and harmony has prevailed everywhere except in the theatre of military conflict," he said.
He explained that "needful diversions of wealth and of strength ... to the national defense, have not arrested the plough, the shuttle or the ship; the axe has enlarged the borders of our settlements, and the mines ... have yielded even more abundantly than heretofore."
The nation was being blessed and President Lincoln, referring to the "blessings of fruitful fields and healthful skies, noted the source of their blessings. "No human counsel hath devised nor hath any mortal hand worked out these great things. They are the gracious gifts of the Most High God ... he should be solemnly, reverently and gratefully acknowledged as with one heart and one voice by the whole American People."
President Lincoln called upon the nation to join in a national day of gratitude on the last Thursday of each November. He counseled them to remember, "all those who have become widows, orphans, mourners or sufferers in the lamentable civil strife in which we are unavoidably engaged." In conclusion he called on the nation to "fervently implore the interposition of the Almighty Hand to heal the wounds of the nation ... and to restore it ... to the full enjoyment of peace, harmony, tranquility and Union."
As residents of this marvelous place to live, we owe gratitude to the Divine Hand that has overseen our prosperity and peace. As we gather with our families this Thanksgiving Day, let us offer thanks to God who has made all things possible and plead that He again "heal the wounds of the nation."
Posted by Unknown at 12:42 PM No comments: