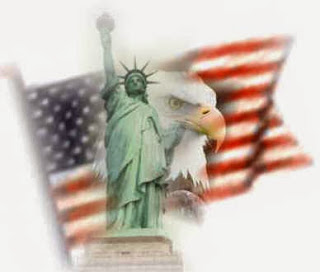 In the years leading up to the Declaration of Independence, the British colonies in America were engaged in a deep and spirited debate. The need for independence peeked around history’s corner, and inklings of the coming separation from Britain whispered gently to the minds of great colonial patriots. A resident fear lurked in the discussion: were the American people sufficiently moral and virtuous—dedicated to living by the standards of right and wrong that protect all people—to warrant independence? Only after prolonged public debate did the great patriots believe it was safe to move forward with a freedom initiative.

These great men knew that Freedom and Liberty are not the same thing. While the colonies could declare freedom, they must have liberty in order to succeed as a new and independent nation. They understood that while freedom is the child, liberty is the seasoned adult. Their goal, given the pathway to reality in 1787 in the U.S. Constitution, was liberty.

Today we mistakenly confuse the two, thinking they are synonyms; that freedom is the end goal. Freedom—the right to choose—is an inalienable right, meaning God gave it to us, beginning in the Garden of Eden. Some believe we are free to do whatever we want. While technically this is true, practically and morally it is not. With it comes a duty; we must use our freedom so we don’t injure others.

Our inalienable rights include all we need to live well: the right to select our leaders, earn and keep property, move about freely, protect ourselves and be protected by law, and speak freely, to name a few.  Most of us use these rights well and society runs smoothly. However, if we are allowed to earn and keep our property, we must allow others to do so; if we can move about freely we must allow others the same, unless their unwise actions demand confinement. If we want law to protect us, it must protect all of us. These are our duties. 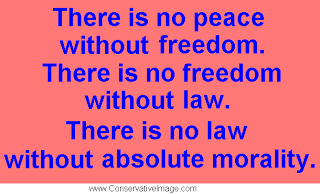 Liberty is the natural result of using freedom wisely—the appropriate exercise of the duty and right together. Liberty is freedom wisely used. Like sourdough, freedom is the starter for liberty, and is used to create it.

It is not freedom, but liberty—the two combined—that gives us the ability to appropriately govern ourselves. When the vast majority of us join these two “twin sisters”, as founding father James Wilson named them, we can be trusted to govern ourselves; we deserve trust. When freedom is used unwisely, to hurt others or only for our own wants, liberty always dies. Then we require masters.

A few people will always misuse their rights. The challenge is to correct the misuse while we protect the right. Too often, in a knee-jerk reaction to individual incidents, we take away the right of personal choice from all of us. For example, with an estimated 270 million firearms in the U.S.—89 guns for every 100 people—we have only a handful of gun incidents or accidents daily. Despite millions of Americans who, day after day wisely handle guns, government threatens us with losing our right to own weapons of protection.

If liberty is available only when freedom is perfectly applied, it will never survive. From the beginning of time there have been tragic accidents and reprobates; everybody never does everything right. Our American rule of law is by the majority, not the fractional minority. Taking guns from all because a few misuse them is not rational.

Liberty is our goal. With it all else falls into place.

Posted by Unknown at 2:45 PM No comments:

The Power of One Against the Bully Gun-Control War

One man in Colorado has changed the national paradigm and the message has carried to Utah Valley. Victor Head, a plumbing contractor from Boulder, Colo., opposed Colorado's liberal gun control measures through his organization, Pueblo Freedom and Rights. With assistance from the National Rifle Association and concerned Colorado citizens in the state's first ever recall election, he unseated Liberal Senators John Morse and Angela Giron in their push for citizen non-protection. The nation has a new example of The Power of One. 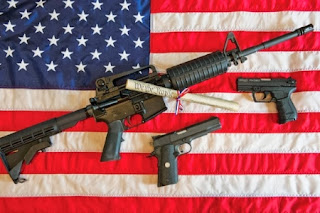 In the mid-1950s journalist Willis E. Stone almost single-handedly piloted what would have been the Constitution's 23rd Amendment to the floors of Congress. First proposed in his newspaper column in 1944, it was known as the Liberty Amendment, designed to restore checks and balances and get government out of private business. That currently stalled amendment, approved by nine states -- Utah is not yet one of them -- waits to restore financial stability when we want it badly enough.
In both these situations, brave individuals stood up to the bullies that kill freedom, be they individuals, groups, or government. The bully war escalates today as constitutional freedoms fall before illegal executive orders and Supreme Court decisions on topics from immigration to gun control to economic bailouts. Conservatives across the country are being bullied into silence for their views, while liberal opinions are touted at will. Why? One reason is that conservatives let themselves be pushed around.
In many states, some citizens are still somewhat sheltered from the tirades of progressive bullies, like here in Utah County. The relative peace of this county draws many here to retire or raise families; hence, the nickname Happy Valley. The term denotes contempt from some, heartfelt gratitude from others, myself included.
Only Pollyanna could believe that our relative calm will continue. Activist commotions have begun -- Provo's Gay Pride event on Saturday, Sept. 21, is an example. While we are obliged to respect the rights of others, diversity is negative when a few in some circles encourage those who plan to abolish the values we cherish. Leaders in the gay rights movement, such as activist Masha Gessen in her speech to the Sydney Writer's Festival in May 2012, state the ultimate intention of the Gay Rights movement is to abolish marriage altogether. (You can view her video on YouTube from April 23, 2013.) Such movements strike at the heart of conservative Utah values of family and fidelity, not to mention common sense.
Can we keep the standards we cherish in Utah County? That's partly up to us, and that's where The Power of One comes in. While what we can do is harder, what we must not do is obvious: we must not be bullied into silence on our views and values. We must speak out in defense of the things that matter to us.

"We have four boxes used to guarantee our liberty: The soap box, the
ballot box, the jury box and the cartridge box."
Ambrose Bierce (1887)


In 1553, Frenchman Etienne de la Boetie wrote "The Politics of Obedience: Discourse on Voluntary Servitude." It reads like a 2013 conservative advice column. He said no one has power to oppress us unless we give them that power. The eyes to spy on us come from us; the arms to beat us are borrowed from ourselves; the feet to trample us wear homegrown boots. How can enemies assail us if they have no cooperation from us? He declares we can cast off tyranny simply by refusing to concede; those who resolve to be servants no more are at once freed. To topple a tyrant, simply support him no more.
Back to the bullying of conservative views and The Power of One: we are bullied into further silence because we remain silent. We are victims no more when we clearly, calmly, and without rancor state our views and hold to them. It begins at home, with one -- you; me. When we complain about the state of things, let us remember Boetie: "Resolve to serve no more and you are at once freed." The power of one voice, repeatedly heard, has the force to transform.

• Pamela Romney Openshaw is a Utah Valley speaker and author of "Promises of the Constitution" and "Lessons of the Constitution for Family and Home School Study." She writes the weekly column "Get it Right" for the Daily Herald and for heraldextra.com. To reach Pamela, you can contact her through her website, PromisesoftheConstitution.com or by email at promisesoftheconstitution@ gmail.com.
Posted by Unknown at 12:38 PM No comments:

Syria, War in the News and Honoring Veterans

War is in the news.
﻿
The possibility of going to war with Syria is very unsettling, for this is an intrusion into a place where we do not belong. The thought that our leaders may blunder us into this is revolting. Nonetheless, many fine men and women will go if called. I personally honor them.

War has been a very real part of my life. I was born as my father headed to Europe for World War II. He came to the hospital to see me when I was hours old and didn't return until I was two. When he arrived home at last, my mom told me daddy had returned. She tells me I cried, "NO!" , ran to his picture, held it up and said, as I  pointed to the picture, "This is daddy!"

I sent my husband into the Vietnam War conflict when I was 7 months pregnant with our third child. He returned home when our son was 10 months old. Our two and four year olds, who had been very attached to their daddy, struggled in his absence.

The son born while his dad was gone survived the World Trade Center bombing on 9/11. Had that incident happened the week before, he would surely have been a casualty.

While war is always ugly and painful, it is sometimes necessary. I have the deepest respect for those who serve our country.

My husband and I spent 18 months in Italy, working with American troops at a large Air Force Base and a small Army garrison there. We saw the sacrifices of the troops, the community, and the families of soldiers who deployed downrange--into the war zone. I will always remember one 8 year old boy named Alex, whose father had been gone downrange for most of his birthdays. His only wish was to have his dad home on leave when he turned 8. His dad had promised to do all in his power to be home, and his commander had promised the same. Ten days before Alex's 8th birthday he learned that his dad's leave had been cancelled and he wouldn't be home for the birthday party. The hurt in Alex's eyes haunts me still. That 8 year old made huge sacrifices for his country.

While in Italy we attended the frequent memorial services for the members of the 173rd Airborne who had paid the ultimate sacrifice for their country. Each was a touching, painful time to reflect on the lives lost and the youth wasted by war.

Regardless of our feelings about these armed conflicts our country is unlawfully engaged in, we appropriately can honor the men and women who serve at their country's beck and call. They deserve our greatest respect.   Pam
Posted by Unknown at 10:17 PM No comments: