Our American Republic: How Long Will It Last?

When James Russell Lowell, U.S. lawyer, editor and diplomat in the mid-1800s, was asked, “How long will the American Republic last?” he replied, “As long as the ideas of the men who founded it continue dominant”. His sentiments are worth considering today. 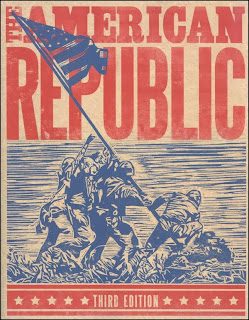 The Constitution came from 55 men who gave credit to God for what they created. That they were divinely directed is evidenced by the fact that in 1905, 116 years after ratification of the U S Constitution, the United Stated was producing 50% of the world’s goods with only 6% of the world’s population. That 6% inhabited only a tiny fraction of the world’s area—5%, to be exact. That such a small percentage of the earth’s populace and area could produce over half the material goods used by mankind is little short of a miracle. The quality of life available in this nation exceeded that of almost any group of people ever to reside on Mother Earth.

The men who drafted the Constitution were mostly young, by today’s standards. Their average age was 44; the youngest, Jonathan Dayton of New Jersey, was only 26; at 81, Benjamin Franklin of Pennsylvania was the oldest. Their educational level was superior to that of most assemblies of men up to that time in history. Twenty-one of the delegates were educated in the best colleges of the day, both in America and Europe. Twenty-six had served in the Continental Congress, which brought them to the heart of American government. Eighteen had been lawyers or judges, giving them expansive understanding of the law and its consequences. Two, George Washington and James Madison, became future presidents, and one, Elbridge Gerry, became vice president; two later became future chief justices of the Supreme Court.

These 55 men were also patriots: nineteen had served in the Revolutionary War, most as officers; some as Washington’s most trusted aides. This was a stellar group of patriots—sober, seasoned men drawn from all walks of life, dedicated to the creation and preservation of freedom in a chosen land.

The document the Founders designed had the ability to adapt to a growing nation. At its inception, it governed 13 states; by 1905 it governed 45 states. The Constitution had a natural blend of the protective rigidity necessary to preserve freedom coupled with the flexibility to adapt to growing needs. It was not a document designed for future obsolescence. It was, instead, one whose minor details were to be adjusted through the amendment process; its mass preserved while its details could shift when cautious inspection proved the need. No past system of government had incorporated this adaptability. The voice of the people would keep the document alive and fully functioning. 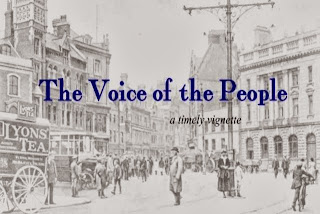 To repeat, then, the words of James Russell Lowell, that our American republic would last as long as the ideas of the men who founded it continue dominant, what has happened? The Founders believed in limited federal government—six duties for the president and twenty for Congress. We have violated that, with our 2600 federal agencies, created by Congress and delegated to a vastly powerful executive. They believed in strong states to act as preventive watchdogs against federal control. This has fallen by the wayside, as states have become vassals to the national government, receiving much of their funds from the federal behemoth. The Founders believed all decisions and rights not specifically delegated to the federal government in the Constitution belonged to the people and the states. We now have a federal government that creates new “rights” and cancels existing ones; that restructures society, the economy, and the law despite the will of the people. The list of violations could go on for pages. These are all breaches; abuses of the ideas of the men who wrote our founding charter under divine instruction.

We see our republic, with its guarantee of inalienable rights, dying before us. Why? Because we have abandoned the ideas of the inspired men who wrote our Constitution.
Posted by Unknown at 11:16 AM

Email ThisBlogThis!Share to TwitterShare to FacebookShare to Pinterest
Labels: American Republic, Founding Fathers, Free Enterprise, How the Constitution can save America, Prevent Federal Control, Promises of the Constitution, U.S. Constitution, Voice of the People