Utah’s senator Orrin Hatch did the traditional family no favor when he announced, ahead of the anticipated federal court ruling on gay marriage, that legalization of the practice was inevitable. The headline on our local paper today, May 29, read “Hatch: Gay Marriage will become law”. 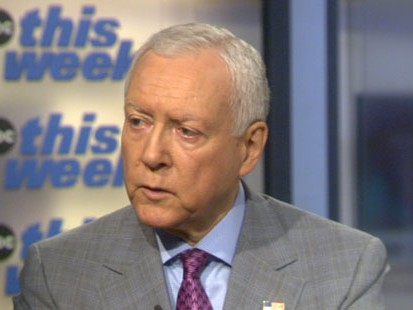 Two reasons why he should have held his tongue come to mind. The first is based on the principle of hope: the belief we all need to carry with us that right will come to pass. We never give up hope. As the saying goes, it’s never over until the lady sings. We always give room for the belief that ultimately morality will prevail. I personally resent this hopeless philosophy.

The second, and more serious reason, is the message that this opinion sends to judges, who rule too often on what people expect and supposedly want, rather than on what is correct.

The replacement of our law with humanist ideas has been gradual but unrelenting for nearly two centuries. Originally the law, as judged by the Supreme Court, was determined by our founding document, the Constitution. The courts, however, no longer use the Constitution as the basis to validate law. That appropriate legal standard was abandoned long ago, much to our detriment and sadness.

Precedent law, which took the place of constitutional law, was the standard for a century or more. It was based on what other judges had ruled. All that was needed to begin the “kill” of a freedom or right was one judge and one ruling. That ruling then became the precedent for more. This was a serious “hit” on our rights and freedoms.

Today, we don’t even go by precedent law. Judges rule on political agendas and cronyism—according to the way society is going at the moment. What’s popular? What does it appear that everyone wants? How can I push the social agenda? That puts us at the mercy of every wretched, inappropriate, uneducaated whim of the public.

That’s why Senator Hatch’s remarks are so damaging—he is, in effect, telling judges what society expects. He’s saying, “Hey, we know we’re going to get this; we expect it.” 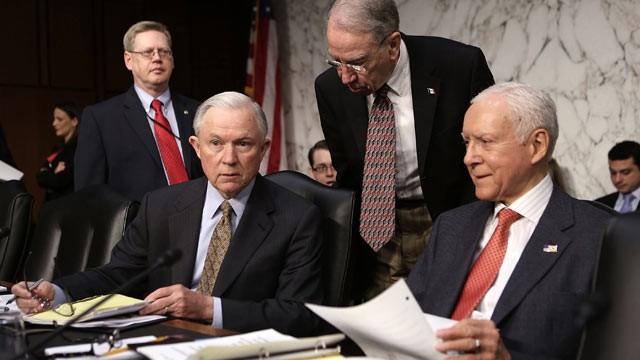 He defends the judges who kicked Utah in the stomach over the marriage issue. Of course he does….he recommended both men for the judgeship.

Hatch says the judges had to rule in favor of gay marriage because of the Supreme Court ruling. Did he miss something? The court ruled that marriage is a state matter. And that makes it OK for a federal judge to wipe out our state’s constitutional amendment? Where have you been, Senator?

We need our congressional representatives to stick with the state and its laws and rights. The judges who ruled against our amendment to protect the family were outside their boundaries and cannot cancel state amendments. That’s against the Constitution. Defend it, Hatch!
Posted by Unknown at 12:15 AM